Annkathrin (Nika)'s work moves between the global scale of her job in the renewable energy field and the micro scale of the many connecting dots of the networks to which she belongs. “As typical members of generation Y, we all want to do something positive for society. We are looking for a greater sense of meaning in what we do. The renewable energy market has such a positive impact globally”, Nika explains. This same motivation fuels her work as a coordinator of the Hertie Energy & Environment Network (HEEN): “What I love about HEEN is that we have the freedom and possibility to make things happen, with the support of the Hertie Foundation; the people are great, everyone is intrinsically driven and it is a lot of fun to work together. In my job I have a lot of bosses, which makes me appreciate all the more the way that HEEN is run, based on a holacracy system – we empower people, without a hierarchical structure”, Nika emphasizes. She is also part of several other networks, including the Women Energy Network or the Young Energy Professionals Network of the World Energy Council, where she has taken on a strategic role in “growing the network”. Nika also worked for many years as a media manager at the World Economic Forum.

Nika has been interested in European issues ever since high school. “I was explaining the Lisbon treaty to my classmates”, she recalls, “as I was interested in a strong European Union”. Consequently, Nika went on to pursue a Bachelor in European Studies in Maastricht. Soon, her interest in the field of energy started taking shape. “The energy sector is very political”, she says. Nika thrived in international environments, first in Maastricht and then in Berlin at the Hertie School of Governance, where she went on to obtain her Master of Public Policy. Her openness had already taken her to Grenoble for a semester abroad, and to Kazakhstan for internships and to conduct research for her forthcoming book on the German minority communities who lived in the Soviet Union. She started learning Russian while in Maastricht, and also speaks French. After an internship at the Goethe Institute in Kazakhstan, she worked for an NGO promoting sustainable tourism.

“At Hertie there was a very good atmosphere for personal development, but there were only a few energy classes at that time”, Nika recalls. “So I tried to write my papers on energy topics”. During her first year with Hertie, she worked in the European Affairs department of the Federation of German Industries (Bundesverband der Deutschen Industrie e. V.), the umbrella organization which represents the interests of German industry at the political level, and later on for RWE AG in Public Affairs. After graduation, Nika further expanded her expertise by working in consultancy at Accenture, a partner of the Hertie School of Governance. “Working in consulting is helpful since you work with different customers, giving you insights into different business fields and different strategies”, she explains.

Afterwards, Nika worked at innogy in the Renewables division as a market analyst: “I studied energy sector regulation in several countries and for this job, my public policy degree was perfect”. Nika is still with innogy today, where she is currently working as a customer solution manager on green power solutions for international corporate customers. “As renewable energy becomes more and more competitive, we no longer need governmental support when signing a long-term offtake agreement with a corporation. In the past, state subsidies were key for investments in renewables, the government guaranteed a certain price for power for 15 or 20 years depending on the regulatory regime. Now, we can sign a so-called Corporate Power Purchase Agreement (PPA) for 10 to 20 years with companies such as Google, Amazon or Vodafone. This de-risks our revenues and enables us to take an investment decision, and at the same time, our customers can show that they are becoming more sustainable and make their brand greener. Today I work on international PPA tenders and on identifying companies who want to buy green power from us. At innogy we are active all over the world, from Europe to North America and Australia”, says Nika. 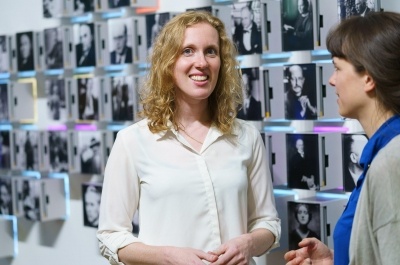 While at the Hertie School, Nika founded the Student Energy Club. In April 2014, Nika also joined the first HEEN workshop. “At the time, I participated in the network as a student”, she says. In the meantime, HEEN workshops have taken place in Berlin, Brussels and Bucharest. “We are a European network, with a European focus”, Nika explains. Today, she is a coordinator at HEEN: “we rotate our roles, and now have around 20 organizers; at some point I was even called the president, but I found this too hierarchical; everyone makes their contribution”, Nika says. “I am responsible for linking everyone together and enabling the flow of information. I ensure that everyone feels empowered and that they have the information and resources they need. Besides the regular workshops, we primarily work over Skype, since we are all in different countries.” Nika navigates between the many projects and networks with ease: “I go where my energy goes, I enjoy this kind of work.” The key word 'energy' slips back into focus, albeit a different kind of energy – the kind which fuels visionary work on future worlds.